From the desk of Steve Rainey, Flint RiverQuarium Canoe Guide 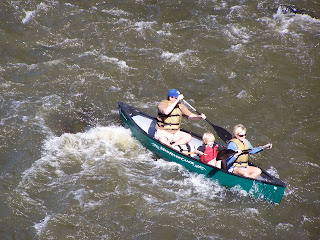 to by all users of the river as “that really steep boat ramp”! Well, the good news is that

the Georgia Department of Natural Resources recognized the inconvenience of “that

really steep boat ramp” and has set about to rectify the situation. A couple of weeks ago

work began to lower the ramp. I stopped by recently and watched as a big Cat D-6

pushed massive amounts of sand from the bottom to the top of the hill. Just estimating,

lower than it was originally.

three weeks they would begin pouring cement. Can you imagine--no more Thrill Hill to

back down with the distinct possibility that you, your vehicle and boat trailer could

easily disappear over the edge? To that I say W-H-E-W!


The bad news, of course, is that with all the construction going on, the ramp has

to be closed to boat traffic until the work is completed. How long will that be? Two or

three months, depending on the tropical storm season. Worse yet, we are in the

middle of our canoe trip schedule and were faced with having to cancel the rest of the trips.

littering) and liability. But in an attempt to salvage our canoe trips, I stopped by to

inquire as to whether or not they would let us use their ramp to take out. I wound up

reluctance to open the gate to public use of their ramp. In other words, the short

answer was no. But Steve said, “Let me make a call.” 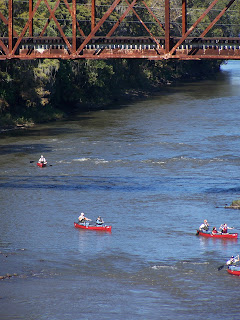 The next day, Steve called and said we could indeed use the ramp for the take

out for the remainder of our canoe trips! I thanked him profusely and then inquired as

to what he had to say to the powers-that-be to convince them to let us use the ramp.

He said, “Because it’s the RiverQuarium” and went on to explain that they have

other ties to the facility.

community involvement, their interest in the continued success of the RiverQuarium,

resource the Flint River. Thank you, Steve Greene, and thank you, Georgia Power 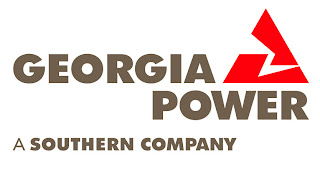 Posted by Flint RiverQuarium at 12:22 PM No comments: